19/10/2020 | For a German mineral oil company, the Felbermayr subsidiary Bau-Trans transported a waste heat boiler weighing almost 100 tonnes from Nüziders in Vorarlberg towards Germany in mid-September. In Vorarlberg, up to ten heavy-duty specialists were involved in the abnormal load simultaneously.

The heavy transport was started at the client in Nüziders in Vorarlberg. With a 12-axle low loader, connected to a 4-axle heavy-duty tractor unit, the column started moving on schedule. On the level of Dornbirn-North a long-term construction site was a particular obstacle due to the narrow passage width. “Together, however, we were able to overcome the challenge well,” commented Helmut Geismayr from the dispatching department of the heavy transport department in Lauterach. After this construction site, the journey continued without problems from Hörbranz across the German border to the Upper Austrian capital Linz. In the Felbermayr heavy load harbour in Linz, the heat recovery boiler, weighing 175 tonnes and over ten metres long, was finally unloaded with the aid of a gantry crane and further processed on the Felbermayr premises in Linz.

At the beginning of November the heavy transport will be continued. Through the Felbermayr subsidiary Haeger & Schmidt, the heavy lift cargo is being transported back to the heavy goods port of Linz by self-propelled vehicle and transferred to the heavy load vessel by gantry crane. The heavy transport then continues via the Küstenkanal - a federal waterway about 70 kilometres long. In Lower Saxony the journey on the ship continues. Up to the final destination, the mineral oil company, heavy transport is being used on the road for a second time.

A further, smaller transport with the second heat recovery boiler will start in mid-November. This runs exclusively along the road from Nüziders to the mineral oil company in Großenkneten. The route measures almost 800 kilometres and will take about four days. As a heavy goods transport service provider, the entire project for Felbermayr will be completed by the end of the year. 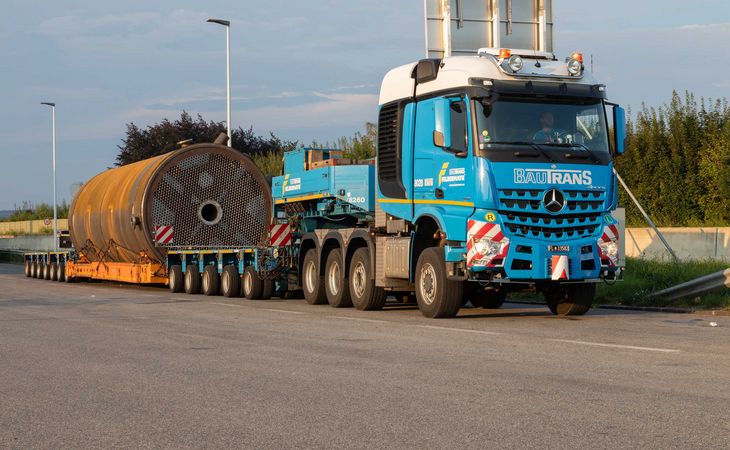 The Felbermayr subsidiary Bau-Trans has transported a waste heat boiler weighing almost 100 tonnes from Vorarlberg to Großenkneten in Lower Saxony with a 12-axle low loader combined with a 4-axle heavy-duty tractor unit. 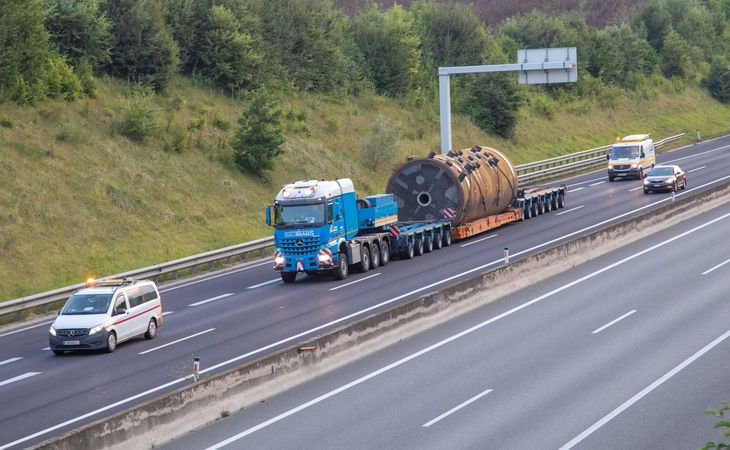 During the operation, up to ten heavy-duty specialists were busy simultaneously with the abnormal load. 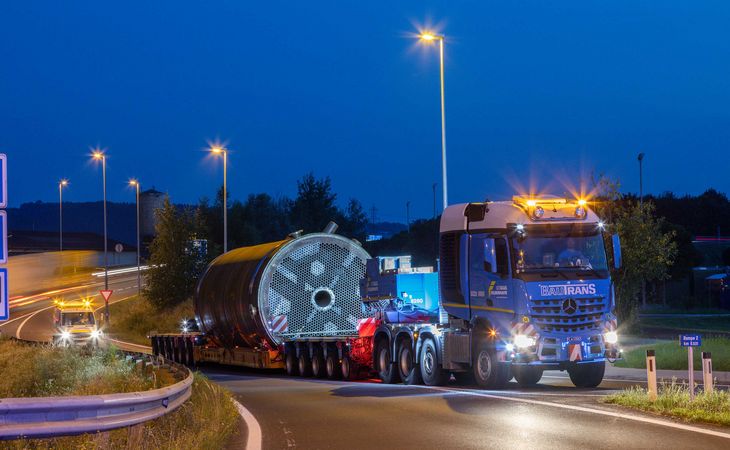