06/12/2019 | As the final project of 2019, Felbermayr subsidiary Bau-Trans were in action last week with a mobile crane in Switzerland. A new bridge made of Swiss timber was set in place in order be able to cross the water to ensure that a nearby recreation area was accessible on foot.

The Simmi stream in Gams in the Rheintal valley near Haag (CH) has been renaturalised at Langengraben. A new wooden bridge was lifted into place last week within the course of this renaturalisation.

It is easy to underestimate the weight of a timber bridge. 25 metres in length, the bridge could boast 15 tonnes. For this reason, a Liebherr LTM 1130-5.1 mobile crane with full ballast and a radius of 20 metres was used for the lift. A few obstacles had to be overcome on-site. Vehicular access was via a dirt track which made driving in with the truck-mounted crane difficult. Furthermore, the bridge had to be carefully threaded in as there was a troublesome telephone line above the bridge. However, the craning station was perfectly prepared. This enabled the bridge to be ideally set in place.

The new bridge should make the attractive recreational areas on both sides of the stream accessible on foot and is open from the middle of December. Upstream of the confluence into the Werdenberg inland canal, the area around the water has been newly modelled and designed. The new design of the course of the stream and the widening offer a visual delight not only for visitors. Something has been done for the flora and fauna too. New wildflower meadows could be seeded and in winter around 1500 native shrubs and trees were planted. 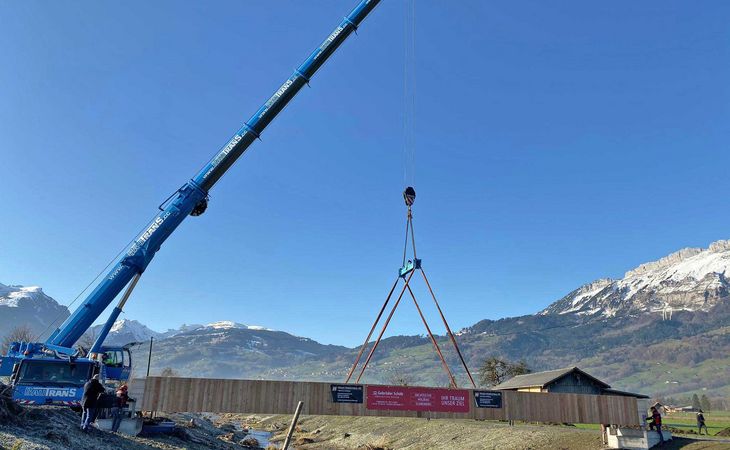 The 25 metre timber bridge weighs 15 tonnes and was lifted in with a truck-mounted crane. 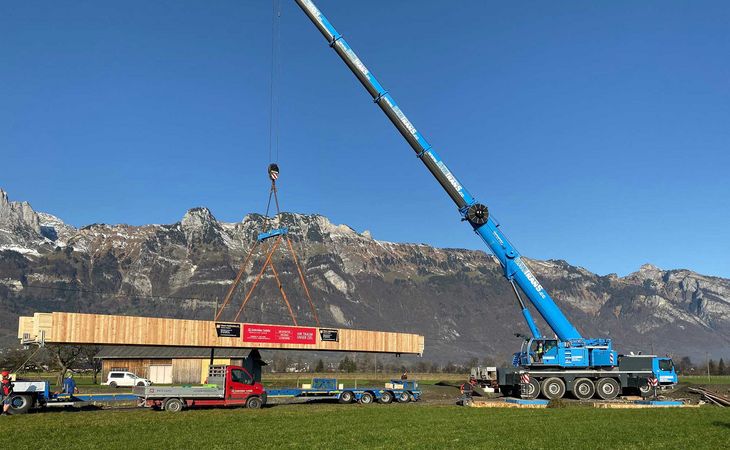 A Liebherr mobile crane with full ballast and a radius of 20 metres was used. 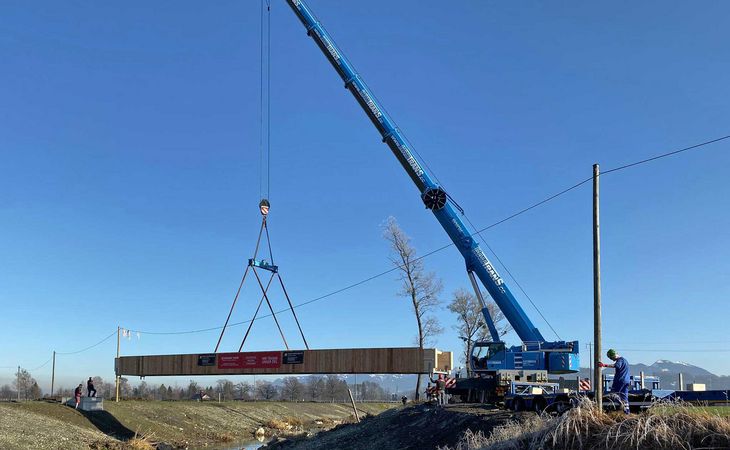 There was a telephone line above the bridge – an obstacle that was bested through the deft handling of everyone involved. 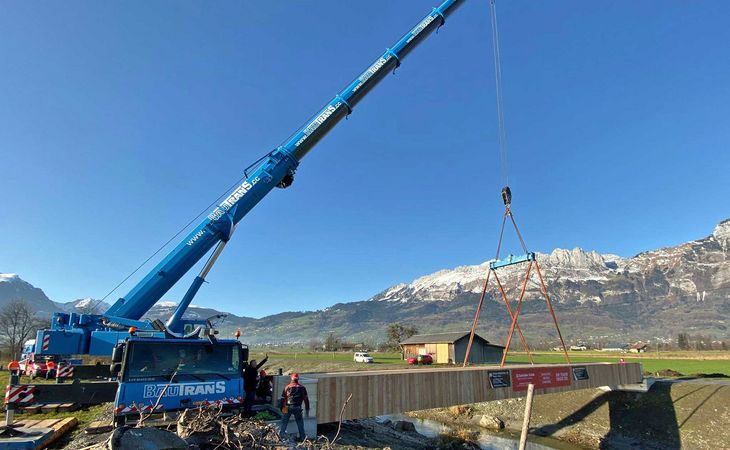 The bridge now unites the two sides of the recreational area and will be opened to pedestrians in the next few days.
PreviousNext 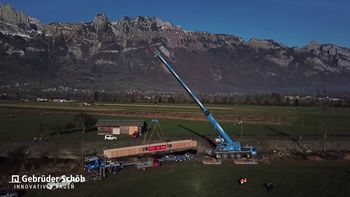